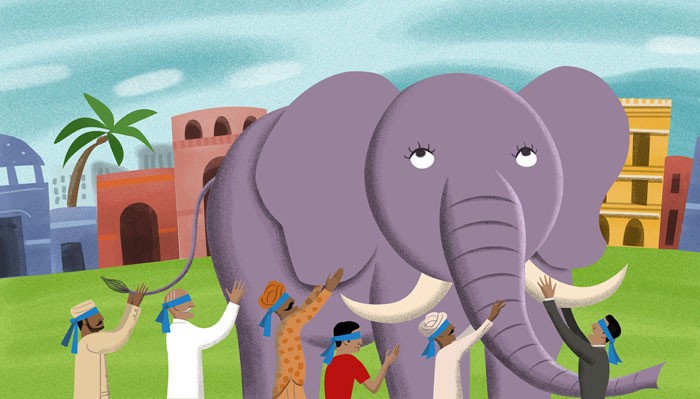 Once upon a time, there lived six blind men in a village. One day the villagers told them, Hey, there is an elephant in the village today. They had no idea what an elephant is. They decided, ‘Even though we would not be able to see it, let us go and feel it anyway. All of them went where the elephant was. Every one of them touched the elephant.

The wise man calmly explained to them, All of you are right. The reason every one of you is telling it differently because each one of you touched the different parts of the elephant. So, actually the elephant has all those features what you all said. “Oh!” everyone said. There was no more fight. They felt happy that they were all right.

Take our 7-day challenge and shift your Mojo. It’s all about your consciousness.https://rajahsharma2.clickfunnels.com/7daychallenge